What You Need to Know About Automated Machine Learning (AutoML)

All different types of businesses and industries are embracing machine learning (ML). This covers a range of industries, such as retail, healthcare, finance, and entertainment. Learning how to use machine learning is becoming more and more crucial as a result of its wider adoption across all types of operations and by a workforce with a diverse range of skills.

Because of the growing use of ML in an organization, it is critical to create systems that business professionals from various backgrounds can use. As a result, these systems cannot be solely coding or programming-oriented.

To make the process easier for everyone and less time-consuming, organizations are turning to AutoML. AutoML automates some or all of the end-to-end life cycle of creating machine learning models. It can help with model selection and ensembling hyperparameter optimization and feature engineering, among other things.

In this article, you'll learn more about AutoML, what it offers, its shortcomings, and how it can be used. Let's get started!
‍

AutoML stands for automated machine learning, which is the effort to automate the machine learning process fully. What this means in practice is that you try to build systems where you throw your data in, click a button, and get results or as we say, you declare what you want, and the system knows how to compute it. Now that sounds extremely ambitious, so the term AutoML should be taken with a grain of salt. It is a machine learning technique for creating models without worrying about the details, such as hyperparameters selection, individual model selection, and many smaller details that might get you lost in the weeds. Instead, it advises taking a pragmatic approach to creating a model that can be used in production, and that model could be for natural language processing, computer vision, or any other type of deep learning framework. We gradually try to automate bigger and bigger portions of machine learning, but as of now, there are practically no systems that can fully automate all types of machine learning, from predictive modeling with sequences to learning with graphs to causal discovery.

AutoML might be able to accomplish much more than return a model, and that is precisely the direction the field is moving in. AutoML will eventually provide estimates of the predictive performance to be anticipated from the model, perform feature selection, assist in understanding and interpreting the final model, aid the user in making decisions, implement the model in an operational environment, keep tabs on how it is being executed, sound an alarm if predictions start to go awry, and much more. The objective is to give you everything a skilled analyst would give you when analyzing your data.
‍

Who is AutoML For?

Frequently, people ask who is AutoML's target audience. The appeal of AutoML is that anyone should be able to use it, not just programmers. From CEOs who examine their business data to an average user who wants to examine their Excel expenses sheet. AutoML won't need any machine learning, math, or coding, as its goal is to be accessible to all.

AutoML may initially appear to be designed for beginners and non-experts, but this is untrue; in fact, it encourages expert analysts' work. Experts who are fully aware of the challenges and difficulties of doing it yourself and who can understand the pressure and effort that AutoML removes are actually some of the people who best appreciate it.

Programmers used to write code in assembly language decades ago, but now they write code in much more automated languages. Programmers have benefited from automated programming languages and higher-level programming languages, and AutoML aims to do the same. Instead of scripting all the details of an analysis, experts can now automate many parts of it and focus on other aspects of the analysis, such as data representation and results interpretation.
‍

What are the Advantages of AutoML?

AutoML saves time. Data scientists do not have a natural ability to predict the best solution alternative and hyperparameters. With manually testing models, you can tune hyperparameters and evaluate models to find the best model for a specific problem, but the process can be completed automatically in less time with AutoML by transferring the data into the training algorithm, which will automatically search for the best suitable neural network architecture or NIS for any given problem. This will save us a significant amount of time.

AutoML bridges the skills gap enabling non-data science and machine learning experts to leverage machine learning. To compete on a large scale, every business today must be aware of the most recent developments in artificial intelligence and digital trends. But finding the right talent is typically a challenge for businesses. Businesses are struggling to fill the growing demand for ML engineers or data scientists. In that case, AutoML can help an organization overcome its lack of skilled personnel.

AutoML increases productivity. By using machine learning to solve real-world issues, it is now obvious that automated machine learning can streamline processes. This method concentrates on carrying out all the steps necessary to resolve a given business issue while lowering the complexity of testing, developing, and deploying machine learning frameworks.

AutoML enhances scalability. Specific ML models can mimic a few human learning processes, and AutoML makes it possible to apply this on a larger scale. Additionally, AutoML decreases errors when ml algorithms are used. The volume of data increases as a business expands. The possibility of algorithm errors brought on by recklessness or mistake on the part of humans is eliminated by AutoML. Consequently, a company can implement new innovations, create new business benefits, and increase returns on investment (ROI) for ML projects by using precise algorithms and procedures.

Recognizing the current restrictions and risks of AutoML techniques, in general, is critical. First of all, the majority of current AutoML methods concentrate on identifying and providing the user with the single best model. By focusing on the single algorithm that produced the best performance, there is a missed opportunity to learn from the perspectives of multiple machine learning algorithms, each of which has its own assumptions and biases in approaching a new problem.

Another drawback is that not all components of an analysis pipeline can be automated effectively or reliably just yet. In other words, some of these activities still require the knowledge and skill of humans. Aspects of data cleaning, feature engineering, and model interpretation are a few examples. It is safe to say that, as of right now, human experts and domain knowledge are still used as part of the best machine learning analyses.

AutoML also can be very computationally expensive. The cost of using a hyper-parameter sweep to train a single algorithm on a large target data set can be high enough. So you can see how quickly compute time might increase as an algorithm experiments with various configurations for a pipeline. Finally, many people warn that AutoML could end up being the ultimate "black box" and caution against sacrificing understanding of what's happening inside for convenience.
‍

Let's now examine how AutoML can be used. Remember that the applications listed below are just a few examples; as the field evolves and matures, more and more areas will be able to benefit from AutoML.

Time series forecasting is AutoML's first use case. Time series forecasting is a technique used by data scientists and engineers who specialize in machine learning to forecast future events. This is accomplished by examining the data and a string of values that were noticed over time. However, forecasting time series is a laborious and time-consuming process. The entire procedure, including hyperparameter tuning, feature engineering to find predictive signals, model selection, and more, can be automated by AutoML.

A feature selection predictor, also known as a feature, is an important component of a ML model. Predictors frequently rely on machine learning algorithm selection, which can affect model development time and scoring if not done correctly. AutoML simplifies the feature selection process by using an automated evaluation procedure to obtain a mix of stable and strong features.

The most difficult task in machine learning is determining an optimal algorithm. However, by referring to a data set, data scientists can infer the correct algorithm. AutoML employs an automation process that identifies the best models and algorithms for a given problem.

Finally, model evaluation is a technique used to validate the performance of an ML model. In simple terms, model evaluation is the process of determining whether the model is overfitting or underfitting. AutoML evaluates and models the efficiency of a given set of evaluation metrics automatically.
‍

AutoML is a useful tool for analyzing data and solving real-world problems. Even though it's a new technology, AutoML has shown tremendous promise in providing solutions and explanations for complex data with numerous and complicated parameters. AutoML is a significant advancement in data science technology. It allows data scientists to complete their work more quickly and gives less experienced professionals the ability to build models and drive their organizations forward.

Moreover, AutoML tools are likely to be applicable to a large portion of your projects. While they will not solve all of your problems, and in most cases, project success will still depend on the assistance of skilled ML engineers and data scientists, they will certainly assist in accelerating your data transformation.

At Solwey, we understand technology and can leverage the most suitable tools to help your business grow. Reach out if you have any questions about machine learning and AutoML, and find out how Solwey and our custom-tailored software solutions can cover your needs. 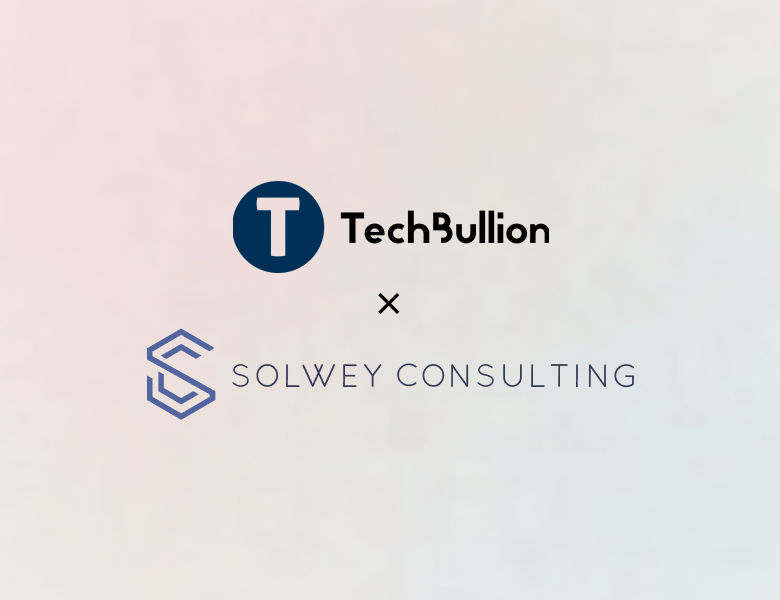 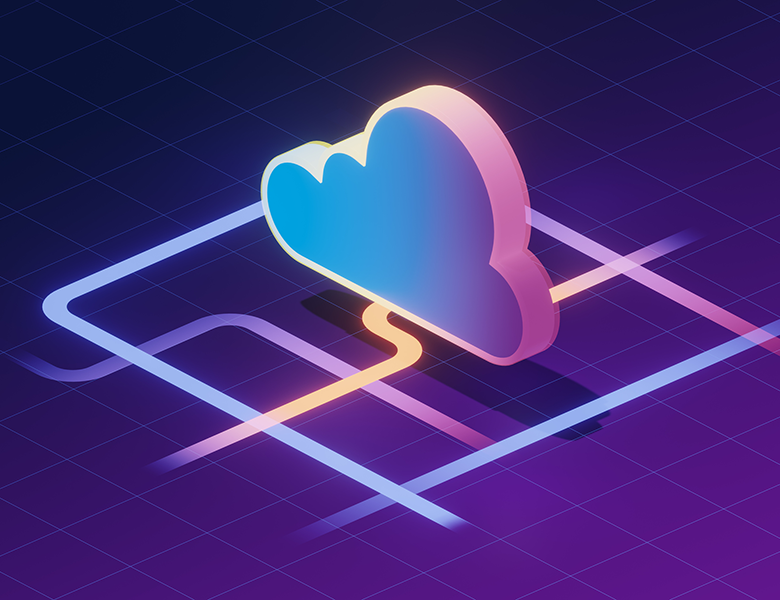 The Power of Cloud Native Applications: Unlocking the Potential of the Cloud 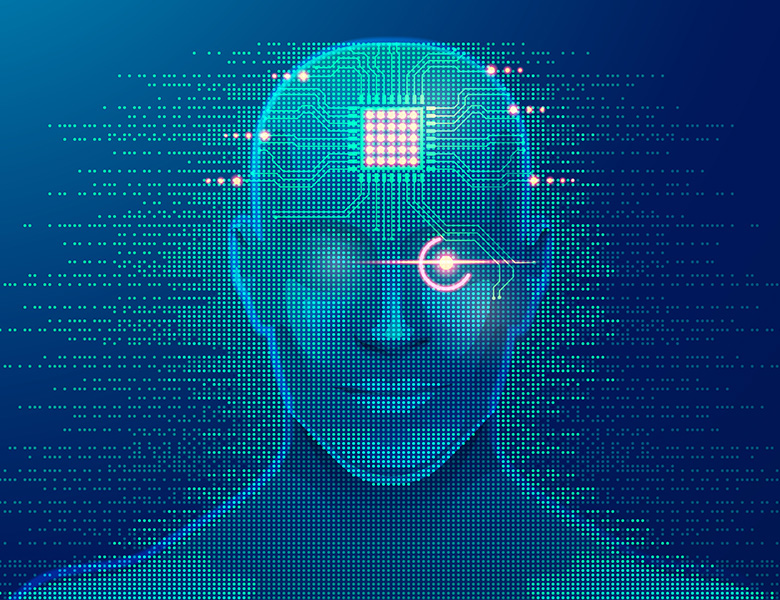