As a new developer, you've probably heard that once you've mastered the fundamentals of HTML, CSS, and JavaScript, you should put in some time and effort to learn a front-end development framework. The most common and natural follow-up question is, "Which one should I use?"

When you are new to the developer community, it can be challenging to make an objective decision amidst all of the hype and celebration surrounding these specific tools because each option, particularly the most popular ones, also has fans and actual advocates who are very passionate about the framework they support.

This could be a problem when you want to take the next step, and you need to objectively learn what is best for you and your goals rather than what is popular.

In this article, you'll learn more and see the key differences between Angular, React, and Vue, the three most popular front-end development frameworks, through the lens of a beginner developer. The goal is to help you make an informed decision on which is best for you.

Google first released Angular in 2010. Known initially as Angular.js, Google completely redesigned the framework a few years later, in 2016. They borrowed some of the terminology and design patterns from the original version, but this new version was so different that it signaled to the developer community that it was a new thing that had to be relearned from the beginning.

Angular has a significant advantage over other frameworks in that it provides a plethora of features right out of the box. To use them, however, you must follow Angular's project structure patterns and modules. For example, Angular forces you to write your code base in a specific way, which may be slow at first but will make you faster and more productive as your application becomes more complex or you begin to work in a team with other developers. This may entail learning Angular-specific concepts such as directives, modules, decorators, and components, as well as some other ideas such as dependency injection, pipes, templates, change detection, and so on. Angular provides a comprehensive solution for developing single-page client applications. Its components can implement two-way data binding, allowing them to simultaneously listen for events and update values between parent and child components. Angular also requires the use of Typescript, which is a special flavor of JavaScript with its own set of features.

Most developers agree that Angular's strict approach to doing things takes some time to learn, especially for beginners and those who are unfamiliar with Typescript making it the most difficult of the three options, to begin with. However, as your application grows in complexity, the likelihood of your project structure evolving neatly so that you can continue to add bug-free features efficiently increases. Because Angular is well suited to large applications, it has been adopted by some very large companies, such as Microsoft and many other Fortune 500 companies, which adds to the framework's popularity.

Meta, formerly known as Facebook, first released React in 2013, which is by far the most popular JavaScript front-end framework available today. React is used in production by companies such as Facebook, Netflix, and Airbnb, and it has a large developer community.

When comparing React and Angular's features out of the box, React offers less by default. Some people interpret this to mean that React is more lightweight than Angular. Still, in reality, you will typically need to install additional open-source modules designed specifically for React in order to create an application of comparable size.

As opposed to Angular, React isn't as concerned with which modules you use and isn't as strict on how you use them. When it comes to adding a particular module, you generally get three or four very popular and generally approved options to choose from, and it's really up to you how you implement them in your application. The primary purpose of React is to structure and update your user interface out of the box. Since react is less opinionated about how you structure your application, it's up to you to figure out how to structure your application in a way that scales and is maintainable.

React is relatively simple to use. You can probably start working on React projects reasonably quickly if you have a solid grasp of JavaScript and access to some helpful documentation or guides. Even though this framework has fewer features out of the box than Angular, you still need to learn some React-specific concepts, like states, props, and hooks, among others. You also need to learn an add-on feature called JSX as well as some tooling such as Babel and webpack. However, boilerplates and scaffolders are available for beginners that will set this all up for you without you having to worry about it.

Vue.js is considered the underdog among these three front-end development frameworks. A developer who had previously worked on Angular for Google released it in 2014, just one year after React. React and Vue are pretty similar in terms of functionality because they focus primarily on updating your user interface effectively and don't offer that much out of the box.

The learning curve for Vue is arguably the lowest of the three tools because you can get by with just your knowledge of HTML and JavaScript without having to pick up additional skills like Typescript for Angular or even JSX for React. You essentially only need one line of HTML to link Vue via a CDN, so you don't necessarily need to worry about tools as well. In addition, you don't have to invest in build tools like Babel and webpack.

The only specific syntax you actually need to learn is Vue's templating syntax, which should be fairly simple if you are familiar with HTML or JavaScript. The single file components of Vue keep all of your code in one location, making it simple to scale up your project. Neither React nor Vue forces you to build your application in a specific way, so you have to learn how to structure your project in a way that makes it easy to update.

However, it is important to keep in mind that Vue hasn't been as successful at gaining adoption in the job market because it lacks the support of a major corporation like Meta or Google. This is definitely something to think about if you want to become a hireable developer and improve your chances of landing a good job.

Here's a closer look at the job market for these free front-end tools. Angular and React jobs are plentiful, and there's a good reason. Many companies have adopted these frameworks because they believe, and in many cases, they are right, that if Google, Meta, and other tech giants use them, they must be good enough for them as well.

Naturally, the more websites are built with these technologies, the more opportunities for developers to maintain and expand them. It doesn't really matter what new framework, tool, or library comes out next because once these technologies gain traction, once companies adopt them, they don't really change unless they have exceptionally strong motivation. It is expensive for them to start from scratch and retrain their teams.

Admittedly, Vue does not have as many jobs in North America or Europe, which is primarily because it doesn't have the same backing from big companies. It's a really interesting example because, in terms of GitHub stars, Vue has more than React. Therefore, the popularity of a framework may not be a true reflection of how it is being used in practice or of the jobs that are available.

Before deciding which framework is right for you, it's important to figure out your strengths as a developer and what type of applications you're interested in developing. You have to keep in mind that there is no right or wrong choice, and each framework has its strengths and weaknesses.

Angular is a complete toolkit that provides everything you need to build and test software applications. It's a reliable and scalable framework that will allow you to develop large multifunctional native or web applications. React is a flexible and robust solution that depends on the assistance of other libraries in order to grow. With React, you can quickly develop cutting-edge applications or add new features to an ongoing project. It's ideal for creating secure, single-page, or cross-platform mobile applications. Vue is a ground-breaking framework for designing user interfaces and single-page applications. It has a low learning curve and is ideal for developing dynamic, high-performance applications.

At Solwey, we understand technology and can leverage the most suitable tools to help your business grow. Reach out if you have any questions about front-end development frameworks and find out how Solwey and our custom-tailored software solutions can cover your needs. 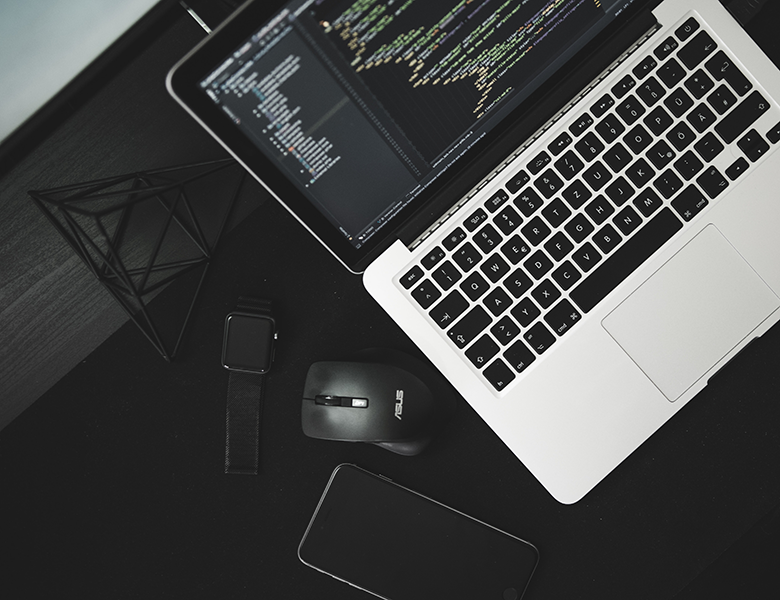 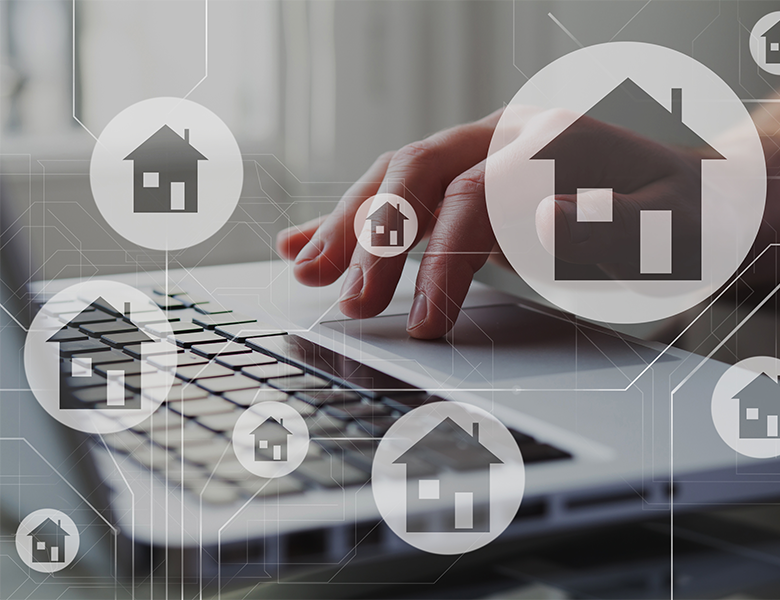 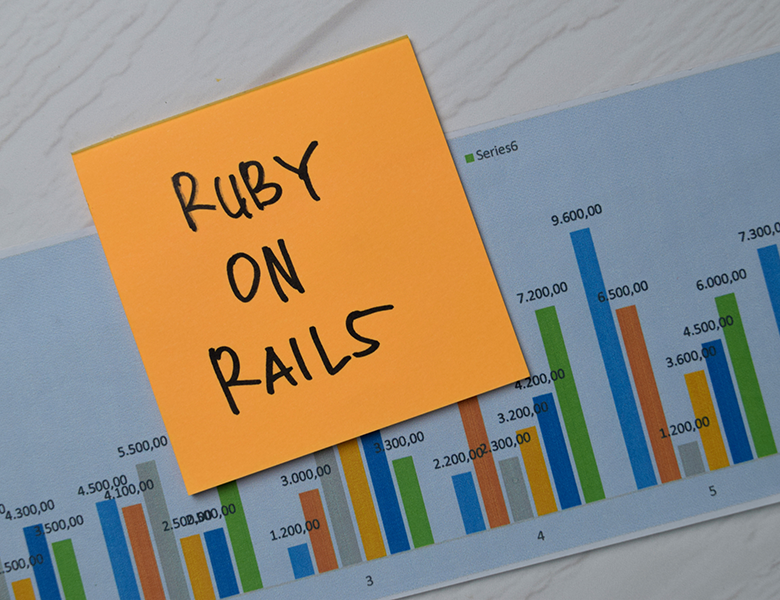